Field Report: How a Group of Resilient Dogs Overcame Tragedy 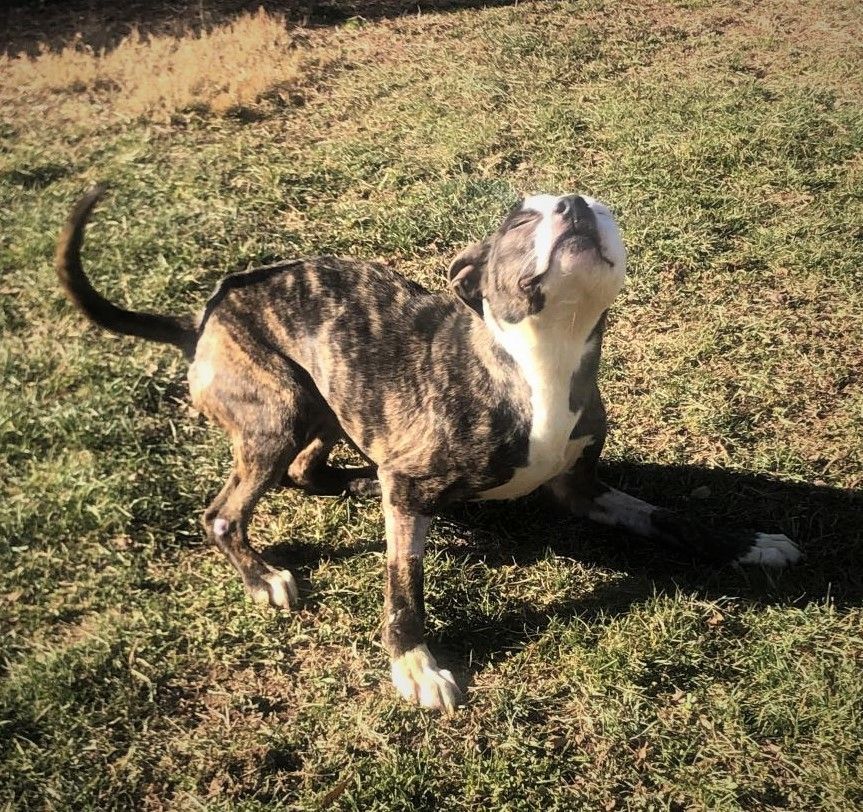 When Humane Society Police Officer Otto Cruz responded to a call about loose goats, he had no idea what he was truly on his way to discover. Officer Cruz arrived at the reported property as a state trooper was also arriving. They discovered not only two goats roaming, but also a pig and a mini horse. At the house across the street, Officer Cruz noticed several dogs, at least one of whom was malnourished and clearly in need of help, so he walked over to knock on the door. He said that’s when the smell hit him – the trademark rank that lets him know something is wrong inside that house.

He and the state trooper secured a search warrant to be able to enter the property. When they did, they found the house in havoc, a pungent stench, no power, and no running water. They heard barking and whimpering in another room and found two crates, each confining two dogs who were covered in feces and emaciated. Officer Cruz and the trooper moved the dogs out to his YCSPCA truck before proceeding to search the rest of the home. In their investigation, they found multiple deceased animals.

Fortunately, Officer Cruz was able to have the owner agree to surrender all the animals. That way, the animals could be legally signed over to the York County SPCA immediately, quickening their adoption process and significantly decreasing their shelter stay. Otherwise, the animals must stay at the shelter until the owner’s trial is complete which, as we’ve experienced in the past, can sometimes take several years. In this case, thanks to Officer Cruz’ work to have the animals surrendered, they were immediately able to begin their healing journey while Officer Cruz pressed charges for lack of veterinary care and an unhealthy, unsanitary environment.

One seven-month-old puppy, Portobello, pictured here, was so severely dehydrated and emaciated that she could stand for only a few seconds at a time and was seizing constantly. She had infected pressure sores over all her joints. Even after administering several doses of Valium, she was still experiencing consistent mild seizures. The veterinary team checked her blood work and found that her electrolytes were very low, so they placed her on an IV catheter and started IV fluids containing electrolytes to slowly and methodically increase her electrolytes back to normal. If an animal drinks too much water after being dehydrated for so long, their electrolytes drop too quickly, causing seizures. After a couple of days on fluids, Portobello stopped having seizures, had normal blood work, and was started on antibiotics for the pressure sores.

Crimini, who is about five years old, was also severely dehydrated and emaciated. His back end and legs were matted with feces and urine. He, too, had a large seizure caused by electrolyte imbalance and also required Valium and IV fluids. Eventually, Crimini recovered and blossomed into an even more handsome man.

Another puppy, Truffle, was also emaciated and suffered from an upper respiratory infection. Enoki, five years old, had a previous fracture that made it difficult to walk or stand. Chanterelle, also too thin, tested heartworm positive and will require months of medication. Each dog had a dirty coat, long nails, and was either desperate for or terrified to receive attention. They were all started on refeeding plans, proper medications, and big doses of affection when they were ready.

Eventually, the dogs recovered, gained strength, and began trusting humans. Now, each one has been adopted into a loving home. Thanks to Officer Cruz, the state trooper, those who initially reported animal neglect, and animals’ resiliency, we were able to give these dogs a new leash on life. 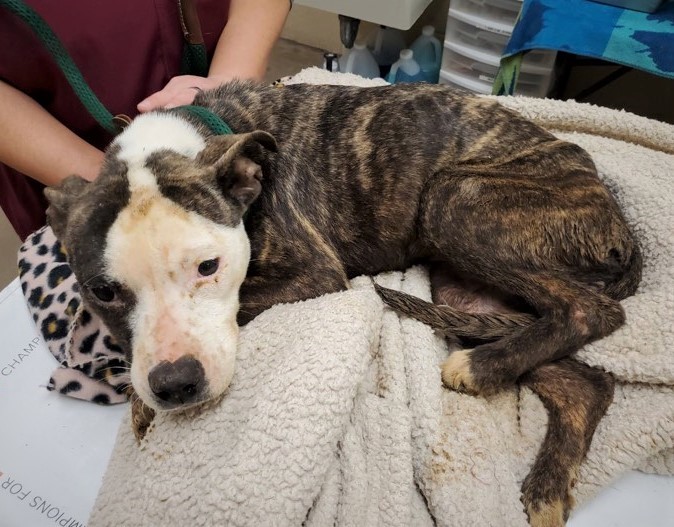 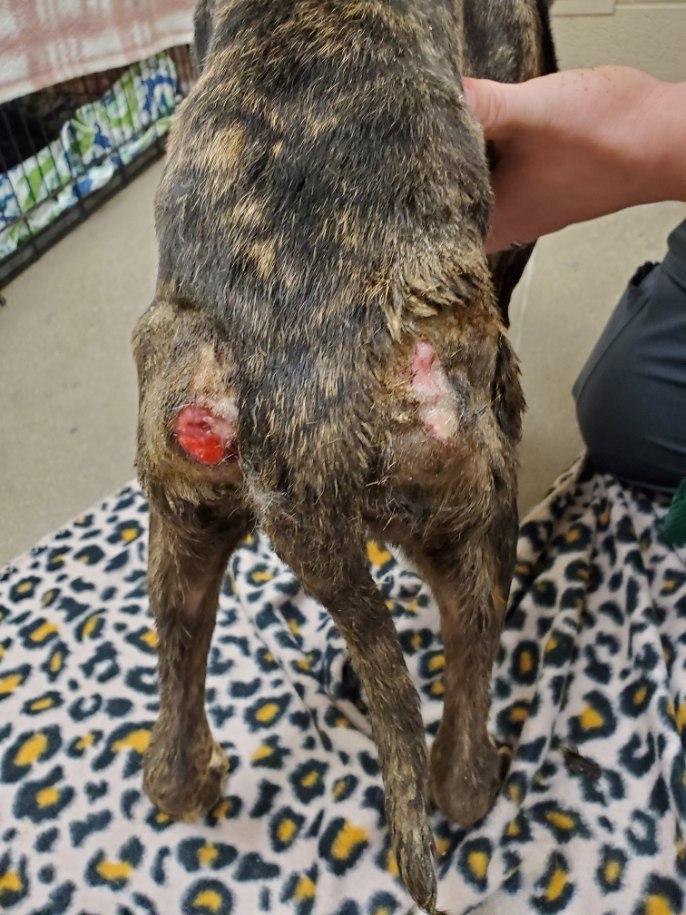 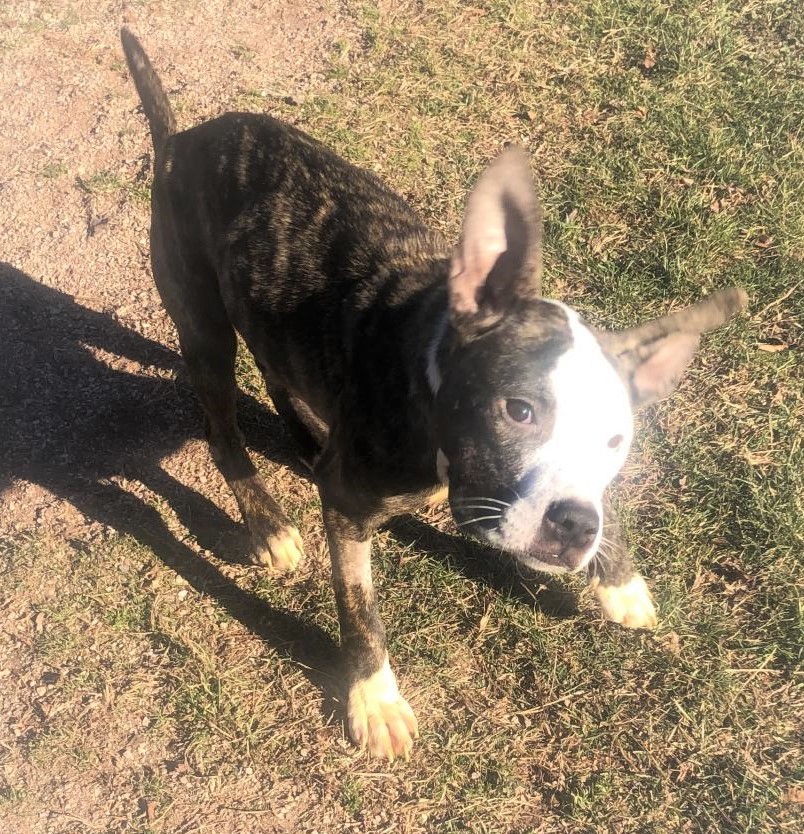