We Never Give Up on Animals 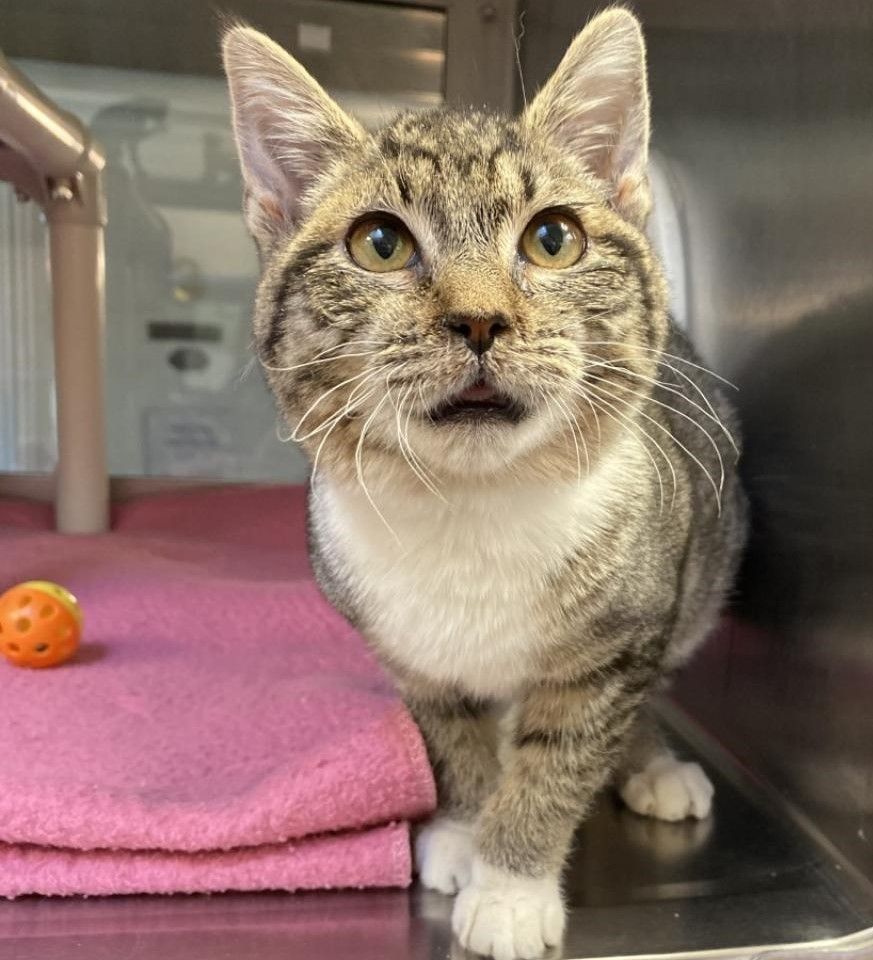 Louise came to the York County SPCA as a kitten when she was only 6 weeks old. When she first came in, she was sick with what we thought was an upper respiratory infection. She was extremely congested, breathing from her mouth, and constantly sneezing. We also soon discovered she was FIV positive, so her immune system was compromised. We tried many different treatment methods such as antibiotics, humidifiers, and more to try to help it clear up, but nothing seemed to work. 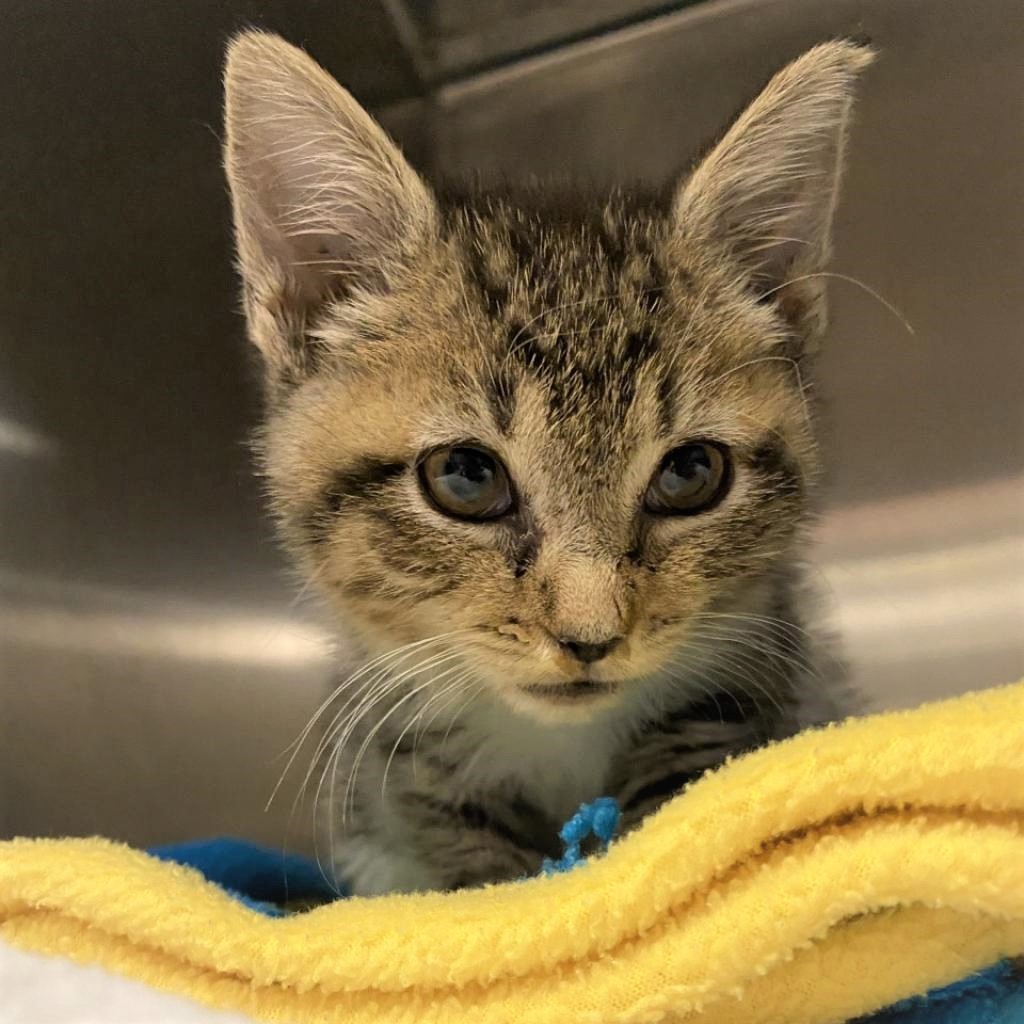 During this time, I would hand feed her, clean her face multiple times a day, and do everything in my power to make her as comfortable as I could. This is when she and I started to form a bond. We eventually discovered that what was causing her to have these symptoms was a polyp, a small tissue growth, inside her nose.

Once we removed the polyp, her symptoms started clearing up and she could actually breath again! Unfortunately, shortly afterwards, she began exhibiting stress-induced behavior due to her overstimulation in the shelter environment. Louise began to overgroom herself, ripping her fur out in chunks and making her skin extremely red and irritated. Of course this quickly became a medical concern.

We again tried many different treatment methods, hoping to help give her comfort. While we worked to solve her skin issues, Louise had to wear a cone for at least two months to stop her from hurting herself. With all of this going on and since she was growing up in the shelter, she started to develop some behavioral problems. Louise would get very easily overstimulated and lash out at people. Her mood swings became increasingly severe and unpredictable. It got to the point where I was one of the only people she tolerated and would allow to handle her. 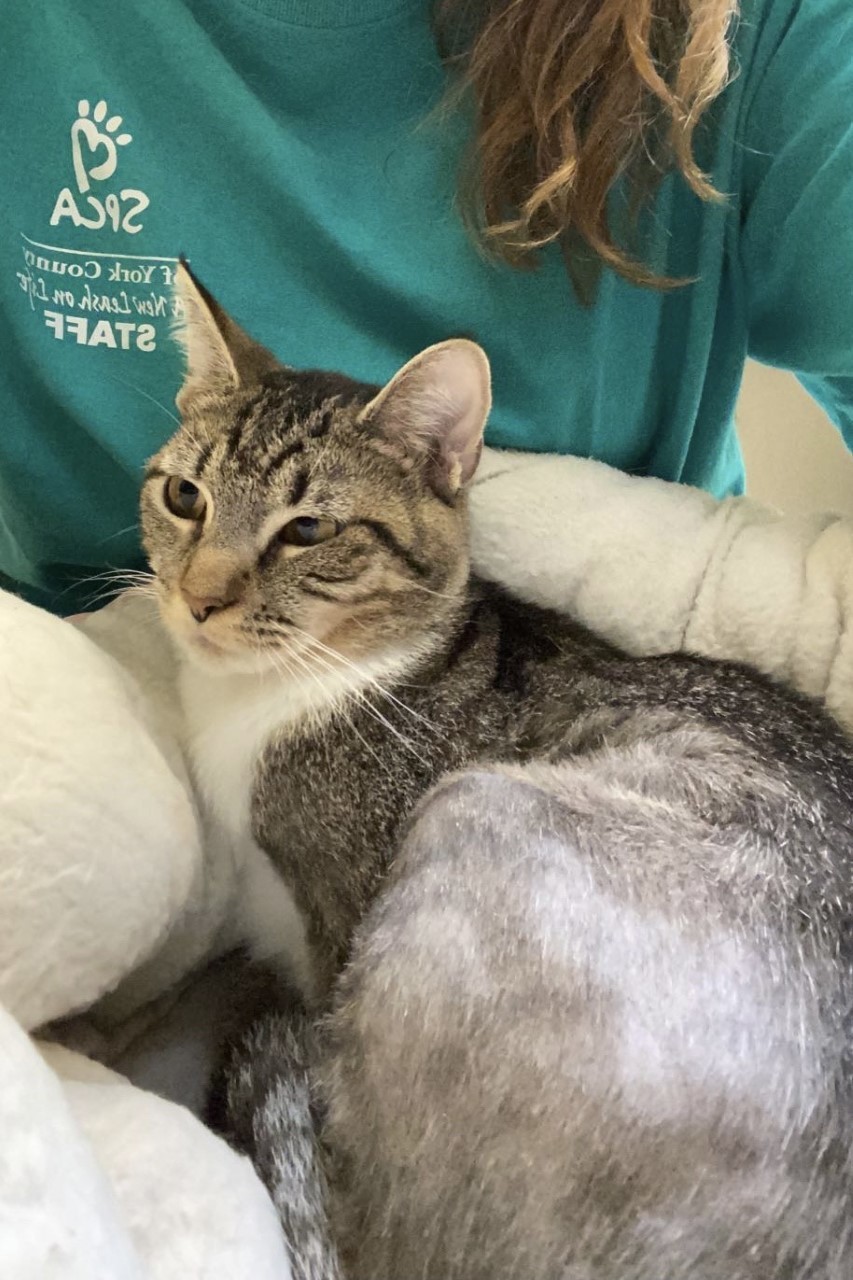 Eventually, with the right medication, we were able to have her stop over-grooming herself, and her fur slowly started growing back. However, she was still extremely stressed and full of anxiety. We knew she needed to find either a foster or permanent home as soon as possible, so we began discussing options for foster homes. Though, we were not sure how Louise would handle living with other animals considering all of the issues she experienced. Louise was not an easy foster candidate. She did not seem to like other animals, lashed out at people, required medical care, and was easily stressed due to having lived in the shelter since she was a tiny kitten.

I was always hesitant to try fostering Louise. Because I have other pets and I wasn’t sure my household would be her right fit, I was afraid that I would cause her to start hurting herself again. Time went by and she still had barely anyone interested in adopting her. The longer she stayed, the more stressed she became. At some point, Louise became our longest-term resident cat in the shelter, having been there for about one year and four months. 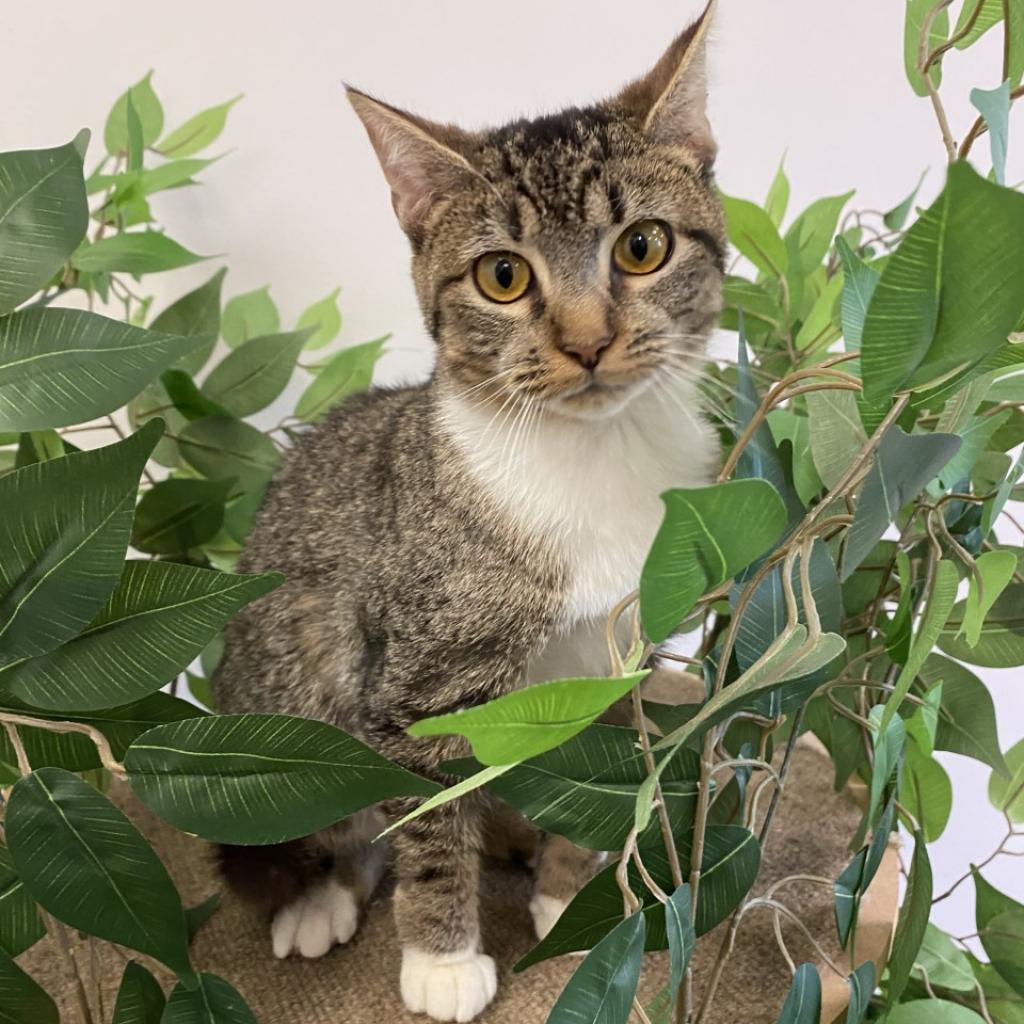 I eventually made the decision to at least try to foster her and see how it goes. Once in my home, Louise was still her normal sassy and moody self. She was unpredictable and went from hot to cold in seconds. But with time, she started calming down and showing signs of comfortability. She was finally adjusting to my home. I slowly introduced her to my other cat and then my three dogs, and she did surprisingly well!

It still took some adjustment, but now she can fully live with all of them happily. She has started showing me her true personality behind all that anxiety. It turns out she is a super sweet, goofy, and playful girl who just needed time and understanding. She and my other cat are now best friends; they play together and groom each other. She is doing so much better than she did in the shelter. She is happy and healthy and hasn't started overgrooming again. 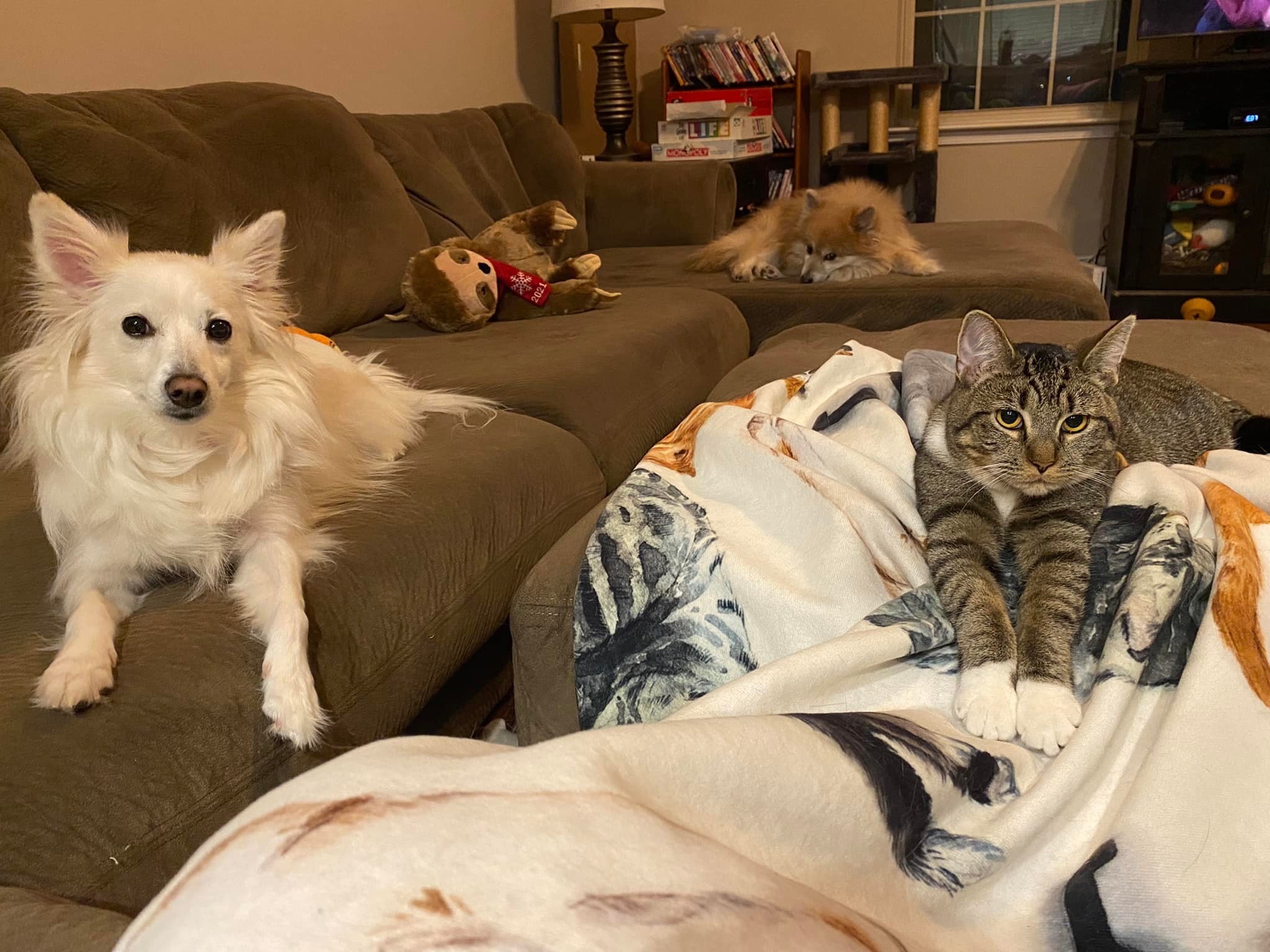 Because Louise is doing so well and has been able to adjust to my home, I decided that I should make it her forever home. She has always had my heart and I'm so excited to be able to show her how good life can be. She will be unconditionally loved and spoiled for the rest of her life, and I cannot wait to see her blossom even more. 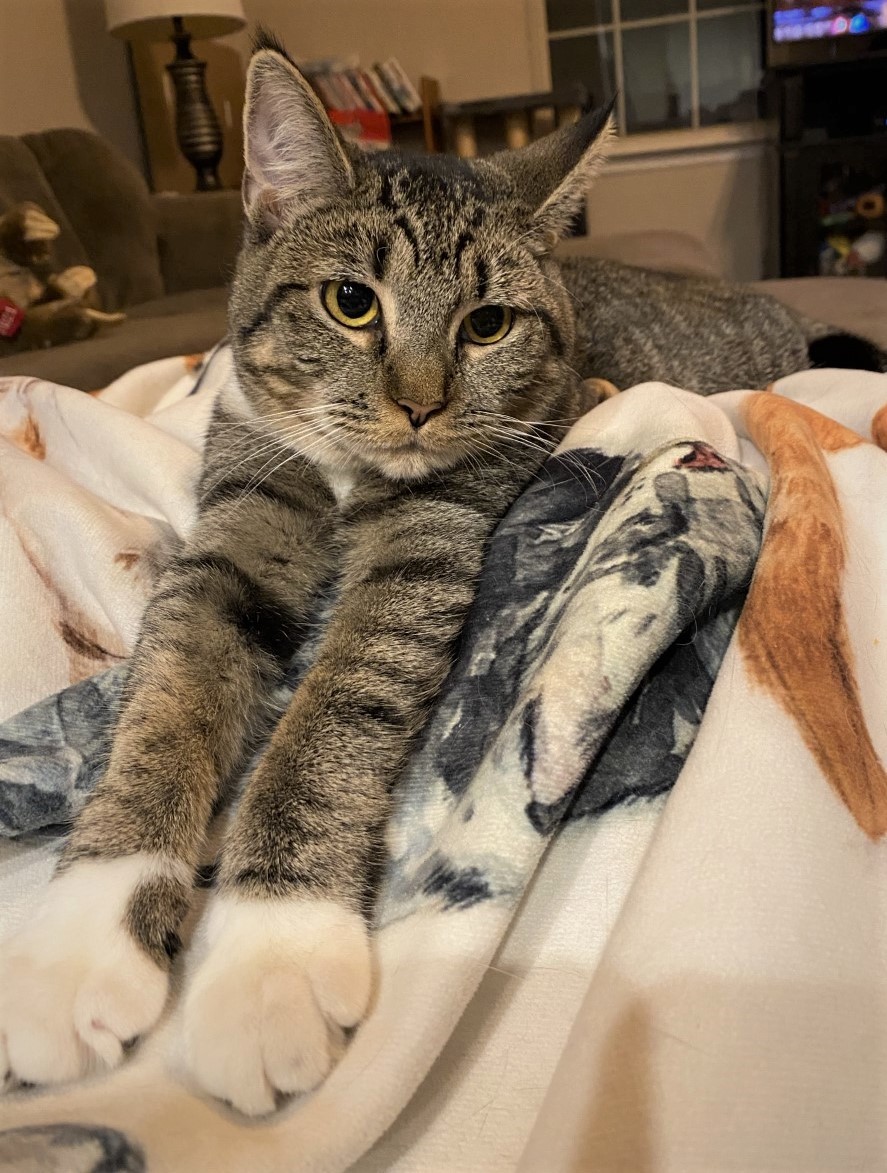 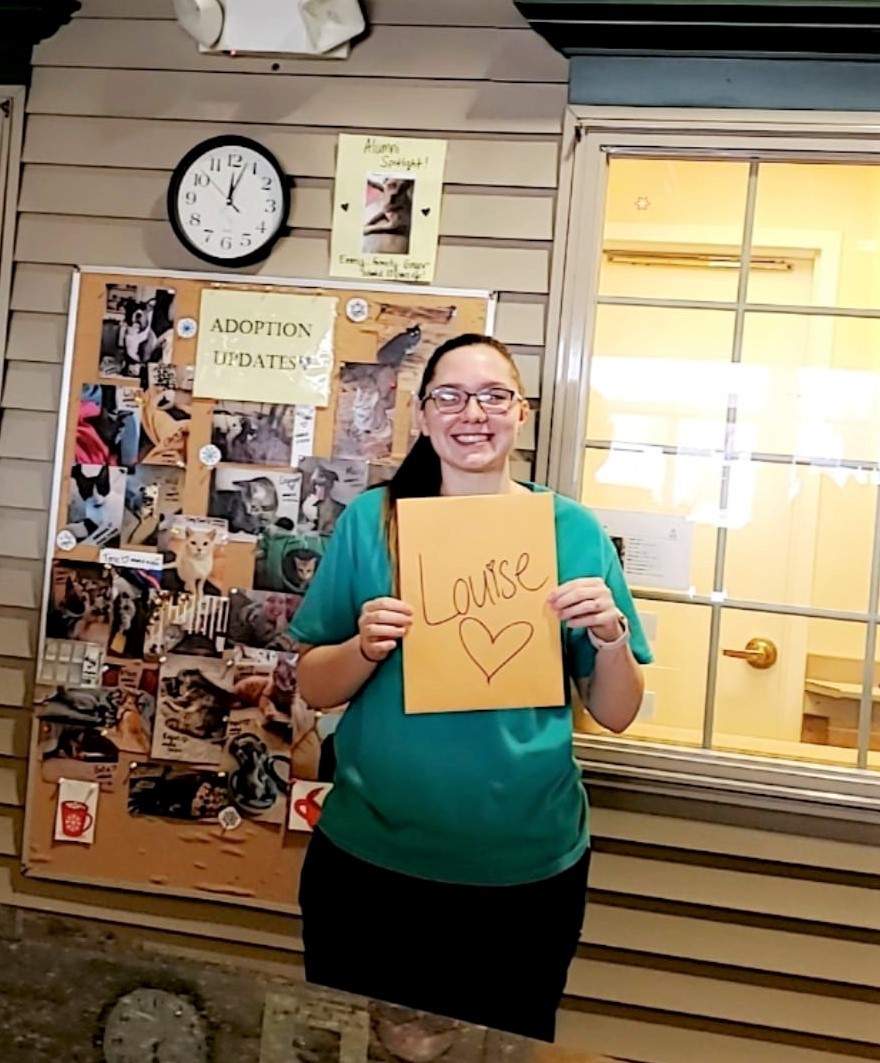 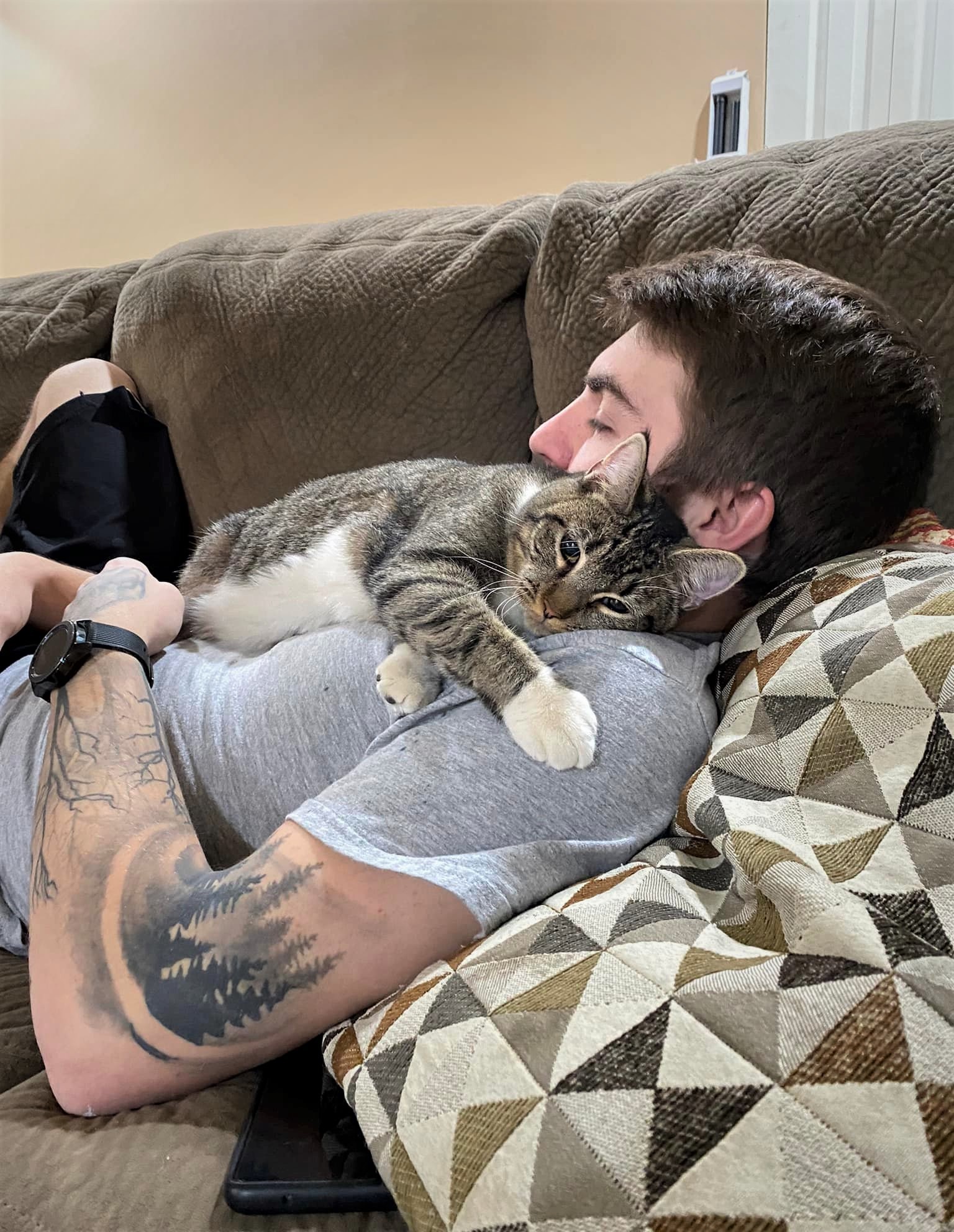 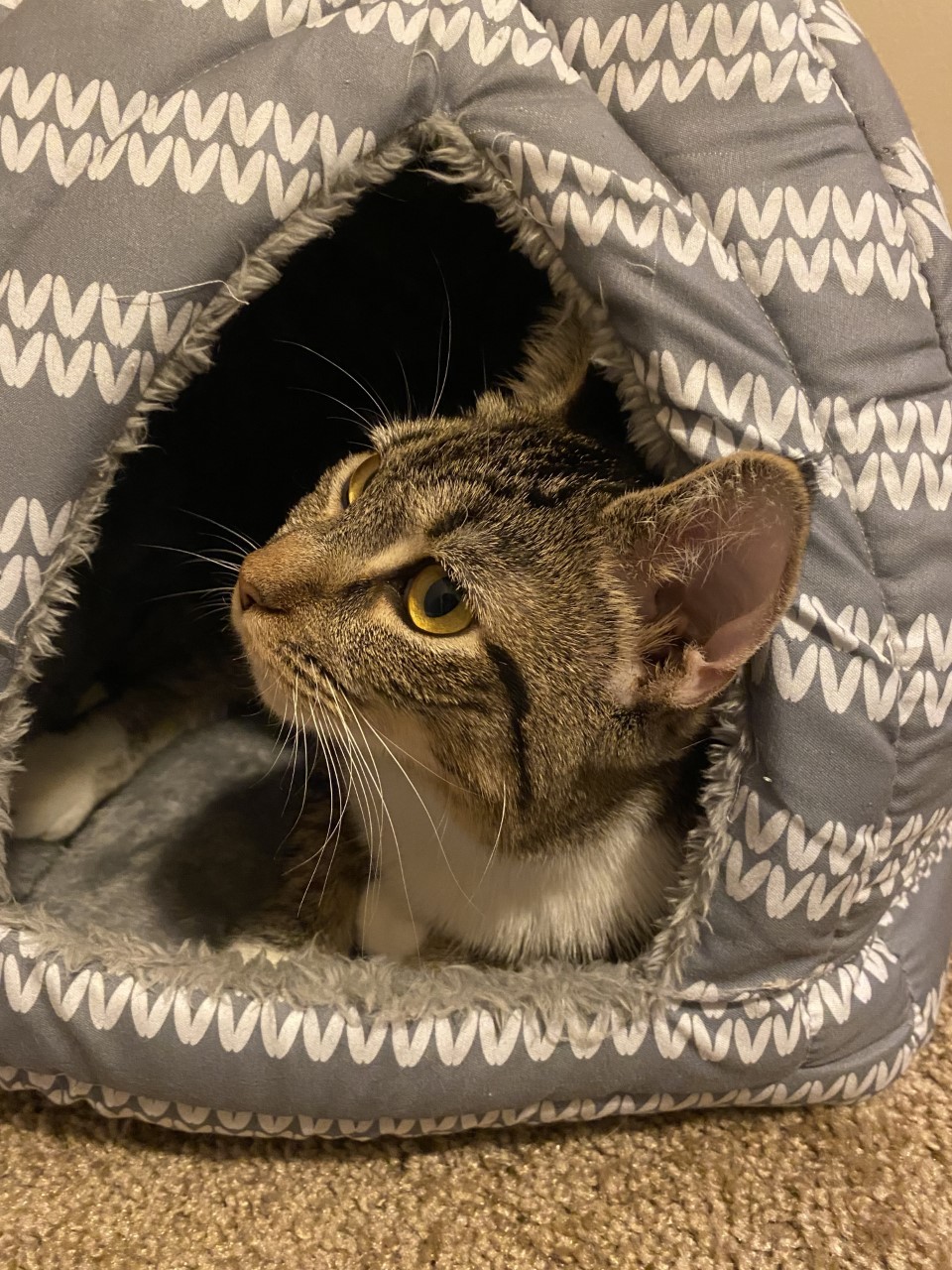 Veronica Hurst is a Lead Animal Care Technician at the York County SPCA. She has been working with the shelter for over three years and has fostered and adopted multiple animals.