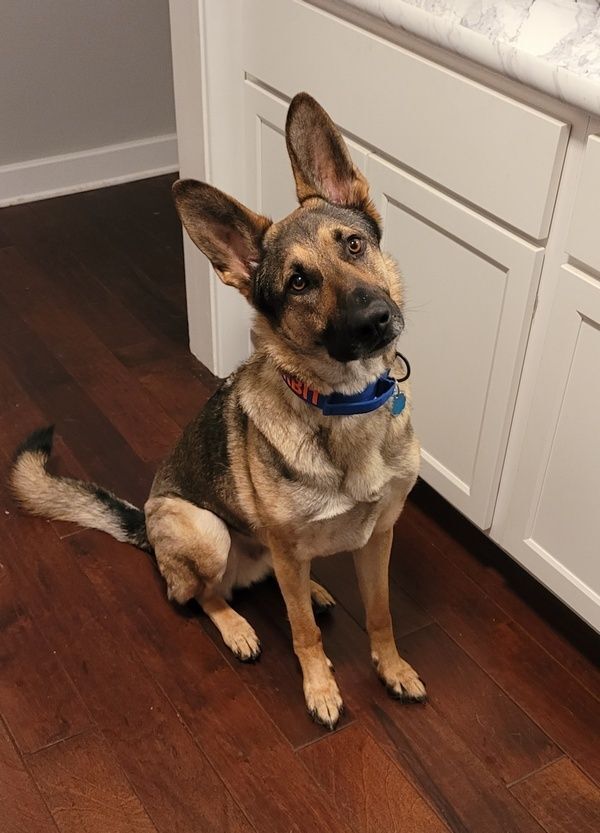 I started volunteering at the York County SPCA in August of 2021 after my four-year-old Catahoula Leopard Dog (who was adopted from the York County SPCA when he was approximately four months old) suddenly became ill and passed away. I started as a Canine Enrichment Volunteer, a position that provides mental stimulation for the dogs through games and activities. Being retired, I was able to volunteer several days per week. It was around the middle of August when I first met Orbit.

German Shepherds have always been one of my favorite breeds, and I am also a believer in adopting animals instead of buying from a breeder. I would see him whenever I used the volunteer entrance and, as trite as it sounds, something in his eyes spoke to me.

No one ever really knows the full history of an animal that has been brought into the YCSPCA as a stray, and Orbit was no exception. I knew from his time at the shelter that he was not a fan of the kennel, so my original plan to crate train him was going to be a challenge. Once home, I realized that crating him was not even an option. He would enter the crate on his own, but when I would attempt to close the door, he would panic. The separation anxiety was so severe that I could not leave my house without taking him with me or having someone come sit with him. Even attempting to mow my lawn while he was on a tie-out in the yard did not work, as he needed to be wherever I was, even if it was just 15 feet away.

My vet placed him on anxiety medicine temporarily, and then I started a new training regime. In the beginning, I would leave the house for five minutes at a time. Over several weeks, I slowly increased the amount of time I was away. As the time increased, so did his trust that I would return. I'm glad to say that it's been ten months now, and he has become very comfortable with life in his new home. In closing, I would like to say that all that was needed for a successful adoption was trust, time, patience, and perseverance.

Norm Eckard is a Volunteer Supervisor and Dog Walker. He has been volunteering with the York County SPCA for nearly a year and has adopted four dogs from the shelter. We thank Norm for his dedication and service to our organization! 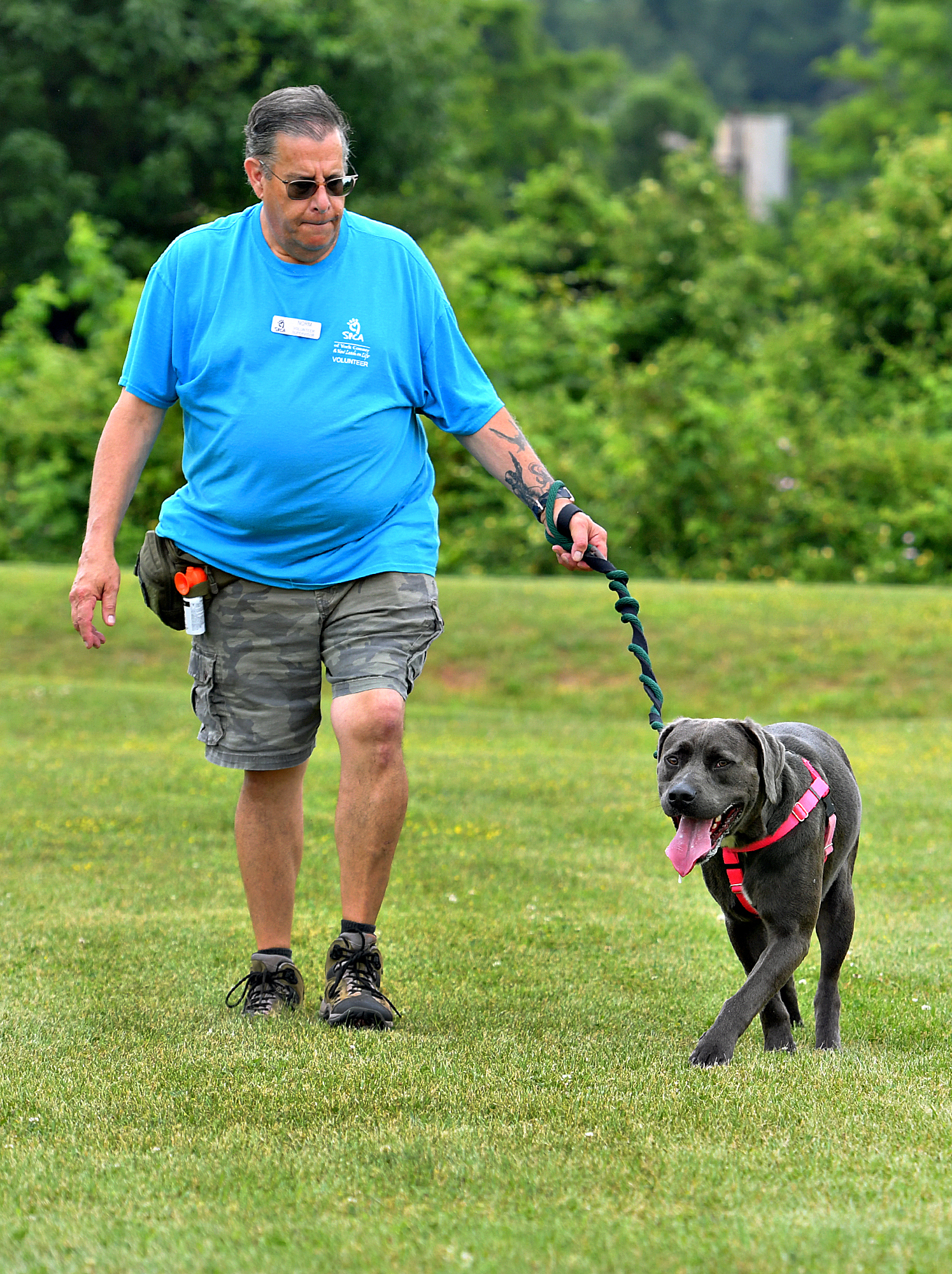